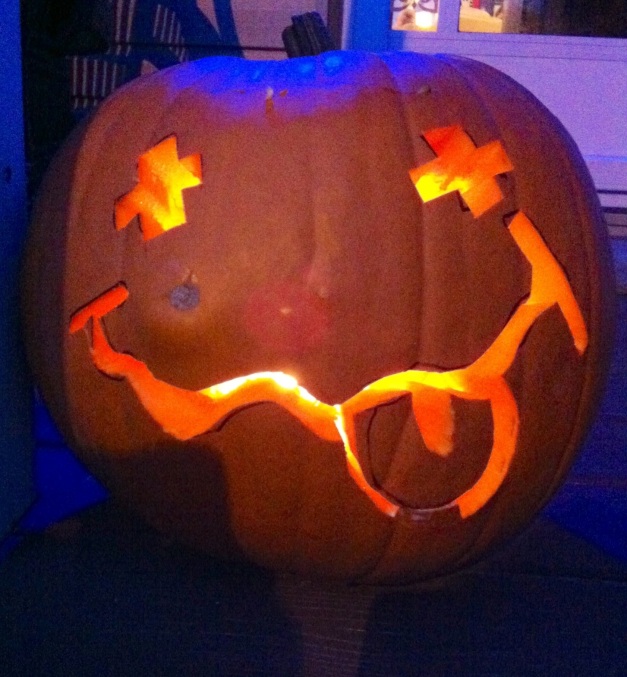 Stacey Blades, sharp as a knife. 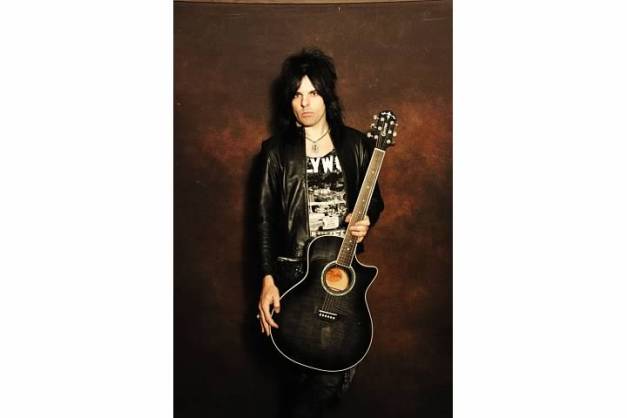 The man and his axe

“I blame Keith Richards, really.  I mean he was the one to do it first right?”

Blaming a guy with probably very little memory of much of his life as a rock guitarist for anything, is either very smart or a little rude, but either way this was the explanation given when Stacey Blades was questioned about his dress sense.  “Still rock n roll, but less lycra!”

“You know, now it’s more just denim and a tee everyday, but it really is a way of life.  All part of rock and roll.”  That too can be said for the teased black hair and guy liner!

Blades who is a guitarist with the band LA Guns has been around a bit!  YES.  He has lived in Calgary, Toronto, Florida and Los Angeles.

Of course Blades job takes him all around the world, but Hollywood is now home and many references are made to the movie capital of the world in LA Guns music.

More often than perhaps not, LA Guns frontman Phil Lewis is not far from wherever Blades can be found.  Blades explains; “I think it’s because we are very similar, Canadians and Brits.  We have the same sense of humor, we use the same words and we even have the same candy.”  All of that may be true, but it’s well known that the folks in the US have always had a great love for LA Guns as a whole.

As a Canadian you have to wonder if Blades has any special affinity for Hockey?  “I skated as a kid,” he tells, “But you know, I was more of a Baseball and Football player.  My dad played hockey with the New York Rangers farm team back when there were only nine teams in the NHL!  Golf was really my thing though.  If I hadn’t become a musician I would have definitely become involved in the world of golf.”

Many music fans thank god Blades didn’t become a golfer.  He works well as a guitarist with LA Guns, but not so long ago there were two bands, both bearing the same name.  How did Blades feel about that?

“Tracii (Guns, former founding LA Guns guitarist) had left the band to do The Brides of Destruction project with Nikki (Sixx, Motley Crue bassist and founding member).  It didn’t work out well for them, but instead of coming back and making amends Tracii just started another LA Guns.  Tracii’s new band was never a stable thing; he had a constantly revolving line-up, probably five singers.  It was a tough battle for us as a band when that was happening, but it finally stopped in early 2012.  We are the only LA Guns now.  We kept on making great records and it even got us an article in Rolling Stone magazine.  We always stayed positive.  It doesn’t help things to waste energy on the negatives when you can use it on the positives.” 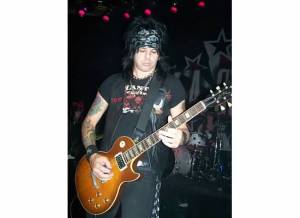 Living for the music

As the only LA Guns the decision was recently made to cancel a UK tour.  There were many disappointed fans.  Headbangerwoman asked about the reasoning behind that call?

“The dates were not great.  It’s not that we don’t like the UK.  It’s just that sometimes you have to have pride in your bands worth.  It was a call we had to make.  We will be on The Monsters of Rock Cruise in March 2013 and we had a busy summer with lots of shows, but it will be a little quieter now into winter.”

Winter may be quieter on the show front but the new cd Hollywood Forever is making quite a bit of noise….

“It was a bit of an experiment.”   Blades is honest about the origin of the record.  “We all came to the table with four or five songs and we picked thirteen out.  We had all buckled down at home for five weeks or so and as each one of us have a slightly different style; it gave us lots of variety.”

Variety may be the name of the game, but the voice on the record is undeniably Phil Lewis, the sound is definitely LA Guns.  Belting drums and screaming guitar are present throughout.  Songs such as Sweet Mystery and Underneath the Sun providing a snippet of flashback to Lewis singing Ballad of Jayne.  Tattoos and Vine Street get a deserved mention.  This is about Hollywood rock n roll, right?

In other recent news LA Guns appeared in Slice TV’s Ex-wives of Rock.  Blades made a cameo appearance in more than one episode of series one.  The explanation of how that happened is as follows…

“I’ve been friends with Athena (musician, mom and mogul) for a really long time.  We met up when they were on the way to Las Vegas to start filming and she suggested I hang out from time to time.  The girls are cool and fun, Athena is just an awesome chick.  She played a show with us that was shown as part of an episode.  I haven’t seen it yet though.  I hope to very soon!”

Ex-wives of Rock is currently only airing in Canada.

LA Guns are currently hanging out in Hollywood and being cool.

Ready for a world wide riot!!

Mayhem will ensue. Lead vocals for the band are provided by non other than ex Wrathchild (UK) frontman Rocky Shades.

No Second Take
Out Now! 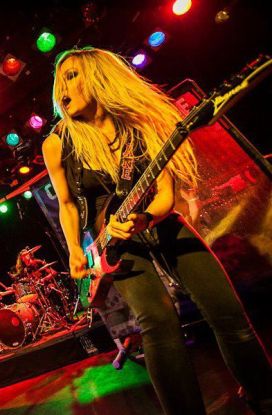 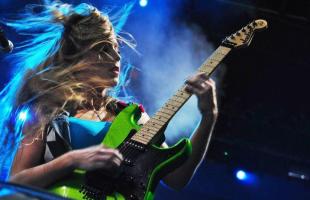 You can look forward to the release of more names SOON!