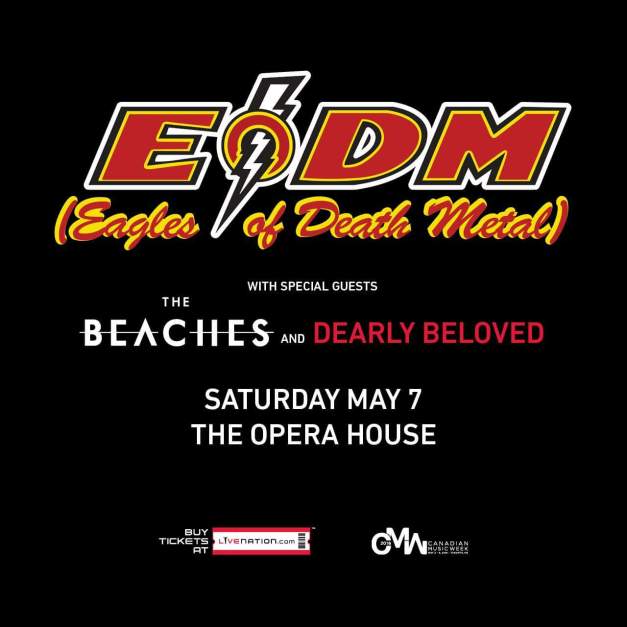 Toronto. May 7 2016.
Eagles of Death Metal.
The Beaches and Dearly Beloved.

Posted by Headbangerwoman on February 22, 2016
Posted in: Uncategorized. Leave a comment

If you had looked around the room, you’d have been forgiven for thinking that is was 1988. Some folk in attendance had not yet realized.  But the hair was mostly smaller, pants were way less tight, and tits were (mostly) firmly inside their bras.  Some bellies were undoubtedly a little rounder.  But this was still unmistakably a rock and roll crowd.

At River Cree it seems that sometimes people get it wrong.  This might have been one of those times.  Or perhaps the opening band is supposed to be the main attraction.

Lita Ford was the headlining act here on February 20th 2016.

While Ford has a rich history as a musician, her vocals for the first three songs seemed not to back that fact up.  Whether it was monitor issues, or just that Ford needed to warm up her voice, she got her reprieve during the fourth song and she became stronger vocally as her set progressed.

As a guitarist, live or otherwise, Ford is not to be questioned and in her partnership with guitarist Patrick Kennison (Heaven Below) the audience were able to witness a stunning rock show.

Add a dash of drummer Bobby Rock, an industry favorite for years, and 1988 had returned.  Rocks impeccable and individual drumming style added one hell of a buzz.  His solo was perfect.

Ford seemed to think she was required to mention collaberations with former boyfriend Nikk Sixx, (Motley Crue and Sixx AM) and recently deceased Motorhead icon Lemmy Kilmister to push a few songs and make them more attractive to the audience.  But it wasn’t really necessary.  Those in attendance were there solely for the former Runaway.

With a book release imminent, Ford had the perfect captive crowd to sell to.  She mentioned that the press has already nit picked the publication for sex talk, but that it should be enjoyed cover to cover, not just for the sex.  Buy it.  It will be a great read, sex or not.  Living Like a Runaway is published by Barnes & Noble, and can be ordered here.

While the headline performance started as a bumpy ride, it became a kick ass performance, so including the Runaways classic Cherry Bomb and finishing up with Close My Eyes Forever, a duet originally performed with Ozzy Osbourne, but reproduced beautifully here with Kennison, and MTV favorite Kiss Me Deadly, gave those both stage front, and back of the hall, the revival high that they had been craving.

Yet another contender for Headliner arrived, when Vixen hit the stage..

In October 2013, Jan Kuehnemund died after an aggressive battle with cancer.  This was a huge blow to the remaining members of rock band Vixen, who were touring as JRSG, but were planning to reunite with their original guitarist.

Not to be stopped, Vixen have now been playing shows steadily since early 2014, and with great success.  The only thing bigger than the Vixen sound is singer/guitarist Janet Gardners hair, and it is at least a foot shorter than it was in the late 80’s.

While they are know as an all girl band, Vixen are a fucking talented rock band.  Their gender is completely irrelevant.

Share Ross can kick the ass of any other bassist living or dead.  That is the reason she is on the stage with the best known and most successful line up of this band.  The bass in all of Vixens music is stand alone.  That’s why it works.  Standing even 50 feet away from the stage you can feel the confidence in the air as the bass sound pulses through you.  Ross oozes credence and conviction.  And maybe a little essential oil…

Of course Roxy Petruccis drumming is not to be sniffed at.  Bobby might Rock, but Roxy can roll it out to the tune of his drums and hold her own. No problem. And that was proven in Madam X a long time before this show.  But at this show, it was reiterated. No arguing; Petrucci is baller than ever behind the kit. 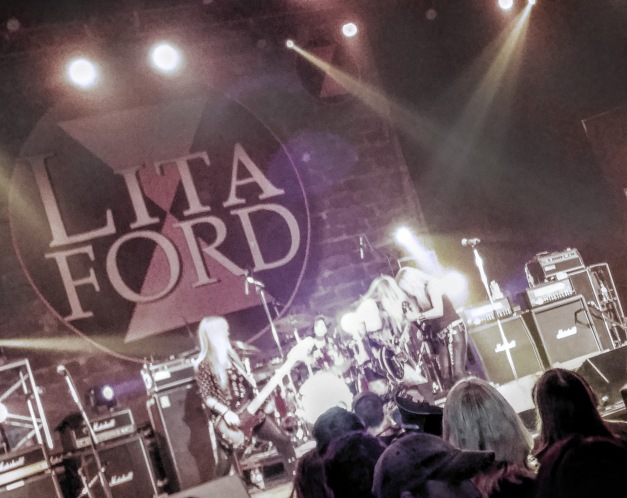 Gina Stile is not in a position that many would be able to fill.  Since the death of Kuehnemund, Stile has stood tall next to the better known members of Vixen.  But let’s just stop the comparisons right now.  Stile is talented, she is sassy and she IS a guitarist with Vixen.  It’s that simple.  With a guitar style that works well with the Vixen songs, she rips it up with the best of ’em, and she’s living the American Dream.

OK, so we mentioned hair earlier, but what about that voice?  Have you ever tried to sing along to a Vixen song?  Don’t, you are either an idiot or an Opera singer if you do.  Janet Gardner has one of the most fucking incredible voices you ever heard, and she reproduced fucking incredible, on the stage of the River Cree Resort and Casino, at this show.

Let’s face it most of us can’t walk in heels wearing a short skirt.  Could we shred guitar, and pull off flawless vocal at the same time?  Shut the fuck up.  Gardner is original, she is incredible, and she’s back on stage kicking your ass.

You can’t pick a favorite Vixen song.  It just won’t happen ever.  But with all bases and the MTV favorites covered at this show, these very talented musicians gave you what you payed for, and more besides.

So, we return to the opening paragraph…. and band.

Who knows where the fuck Lorraine Lewis gets here energy from?  It could be Starbucks, it might be Margheritas, but she’s sharing it.  You are infected… and contagious.

From the minute the Femme Fatale front fucker hits the stage, there is an air of electricity. Lewis uses the entire stage (and sometimes her butt) to grab your attention.  Of course, while she’s doing that, she is just belting out pitch perfect vocals and putting on a performance worthy of Broadway.  Lewis is a perfectionist and that shows.  She earned your adoration.  She owns your ass.

Of course having a band that can keep up with a woman who has energy levels only comparable to the Tasmanian Devil, is a bonus.

Keyboard player Katt Scarlett seems to balance out that energy by appearing demure, moody and melodic. Off stage her energy and vigor grab you by the tit.

Taller than anyone when she stands on a chair and band bassist  Janis Tanaka, is holding her own private mosh pit and limbo dancing, while guitarist Nikki Stringfield is shredding so fiercely that it looks like her head will roll off and bowl a strike on the drum bass.

Behind the rest of the band, keeping time on this manic menagerie is none other that Athena Bass.  There are so many words or scenarios to describe Bass, that doing so would result in an entirely different article being written.  So let’s just say that “Athena was there doing her thing.”

The energy from this band, even though not in its original 80’s form, with only Lewis remaining from those heady MTV led days, is undeniable.   They may not have had the success of Ford or Vixen, but they have a chemistry so undeniable, that it would, without question, warrant the headlining spot.  Those in attendance would agree.  Those that weren’t, will spend the rest of their lives wondering what the fuck they were doing when they didn’t buy tickets.
Femme Fatale at River Cree Feb 20 2016

The high from this show should last well into the middle of next week.  Unless you are Lorraine Lewis, who is waiting for the next show and next high, having had this one abruptly ended when she realized that she had to pick up her dogs latest big one. 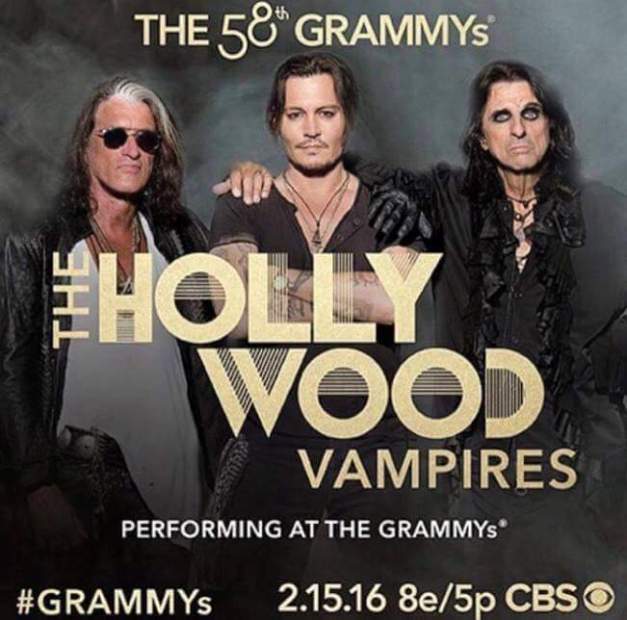 This needs no further explanation.