Not wanting to look back, rather forward but;
2013 has been an amazing year for artists, both old and new.
This year included attending live shows, listening to records, cd’s and cassettes, visiting stores to purchase old favorites and new releases, all this has proven over and again that music is so very important in uniting and re-uniting. In forging friendships, and in healing and reassuring.

Whatever the genre;
Music Is My Mantra

Don’t Runaway. Head For The Dead. 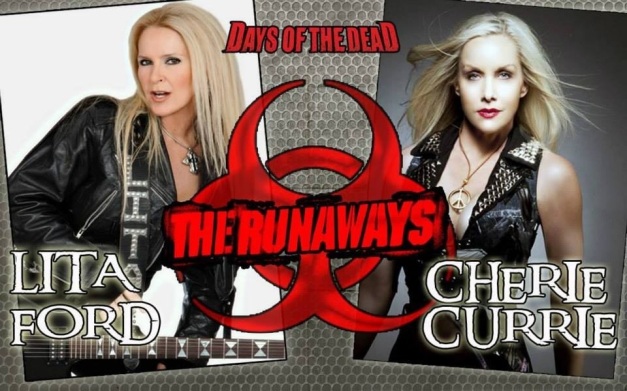 16 quid is cheaper than a dozen roses..

Try this out for size….. 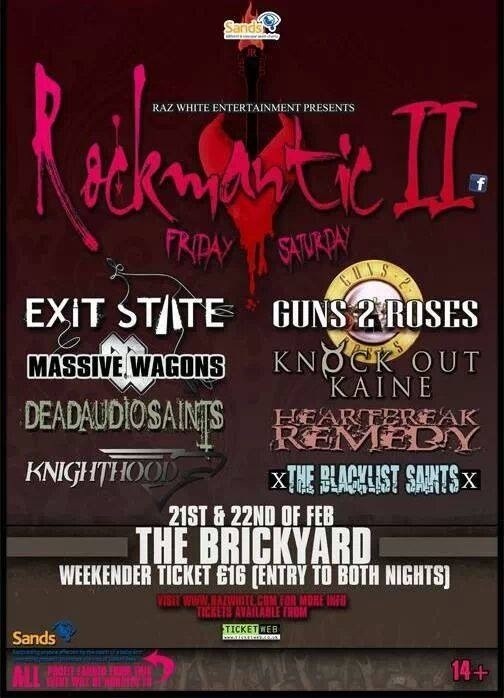 Little Caesar will be making a return to the UK in April 2014..

Six dates, up and down the Isle…

If you are any kind of music fan at all, you need to see these guys live.

I did not quit

Playing In A Blinder! Pearl Jam.

Religion is the usual cause of wars, political uprising and genocide.

If you have ever heard anyone speak of a religious experience, be it a healing miracle, vision or other such fanatical behaviour, it will not have escaped your notice that what they speak of was probably experienced by no-one else. Likely if it was, they had both consumed the same amout of illegal and toxic substances prior to their trip!

It is a little more difficult to disprove this particular religious experience, as another 14/15,000 people were present. Each had boldly, bravely and bastardly, bulldozed their way through a full on blizzard. Howling winds of 70km and pelting, drifting snow. Alas some of those bound for Calgarys Scotiabank Saddledome on Dec 2 2013 didn’t make it past the drifts. Some, who were headed in from afar, wisely chose to stay put.

Not too many with tickets stayed away, those that made it are the converted, the fanatic and the very religious, including the reviewer.

Mudhoney are an acquired taste, but they are certainly a little addictive as they have a staunch following and they have beaten many a storm prior to this one. Still and likely always, a full on favorite of many. Travelling for 14 hours for Spokane, Washington to Calgary, Alberta for this show, the punk assed fuckers made loud seem quiet and with fervour. Singer Mark Arm is like Duracell Bunny. He just goes on and on. Not difficult to belive this band were the first ever to play atop Seattles Space needle in July of this year 2013. They just have an air of “We can do it you fuckers and see if we don’t”. Not the first time this middle-aged foursome have accompanied the headliners for a date or two here or there. Precisely twenty four years ago this very week, Mudhoney in a slightly altered lineup, accompanied the likes of Tad and Nirvana to London, England for Lamefest, supported by the Sub Pop record label and it’s founder Bruce Pavitt, who incidentally just released a book called “Experiencing Nirvana” documenting the trip!

If you ever get the chance, take in the aura of rotting rock and Arms weathered wardrobe. It’ll make you all bouncy!

Not knowing what to expect is half the fun and when it is at least five times better than the best show you ever saw before and there have been many, you know you have reached your Nirvana. Only this Nirvana is Pearl Jam!

The Pearl Jam set list for this Calgary show on December 2 2013 was incredible, more than incredible. It was amazeballs with glitter and some sprinkles, topped off with a dash of Cognac for the drinkers among you! Opening with Of The Girl from the Binuaral album and running through a plethora of favorites such as Evenflow and State Of Love and Trust, plus less commercially well-known classics such as Lukin and Rats. Singer Eddie Vedder was eager to toast those in attendance with a rather large bottle of alcoholic beverage and decreed “Let’s melt some fucking snow” before the band launched into the title track from the most recent record Lightning Bolt. Perhaps most obviously missing were Yellow Ledbetter and Jeremy, which was a massive hit for the band in the early days.

Incredible as it may seem, lead guitarist Mike McCready is little mentioned when it comes to lists of “THE BEST”. Unfathomable. McCready, who beat alcoholism and a very serious and potentially fatal stomach disease as a younger man is, without a shadow of a doubt one of the best in the world. A true musician in any sense of the word, he makes it look easy, but ripping it out when you are being leaned on by your singer, who is also giving his guitar a beating and subsequently falling into a pile on the floor in fits of hysterics, is not how most play a rock show, or a guitar. McCready should be awarded with something. Anything. Well, maybe not a Grammy. But just a nod to make the world a little more aware of his incredible talent.

Bassit and founding band member Jeff Ament, a little less hairy than in his younger days covers all basses, (Yes, I did just write that) playing both a modern electric instrument and a traditional upright. Ament laughed and joked with his band mates throughout the entire show and looked just as comfortable on stage as he does on a skateboard on his days off! His twenty something year marriage to the other lead guitarist and his co-founder Stone Gossard looking stronger than ever, as they chit-chat, cha-cha and chew the fat while 14,000 people look on…. Gossard, now a crusading environmentalist, hung out with his guitar relatively quietly on his corner of the stage. Making up dance moves as only he can. Well known for not wanting to sing live the songs that he sang when making records and that he indeed wrote, Gossard duly performed his “hallelujahs” on the song Do The Evolution. Gossard is currently between hairstyles and may or may not have been visually impaired during the show!

Anyone who knows even the slightest thing about Seattle music, is well aware that Matt Cameron is the drum slut of an area and an era. Having recently announced that he is “taking a break” from his other perch atop the Soundgarden throne, he was at the mercy of the devoted. He is the golden egg. Everyone wants him. Only Pearl Jam has him. He is possibly nailed down with his drum set and by god do the crowd know this. Only Cameron can change time so often, so randomly and so fast and make it sound like it should be doing that. Another for the list of greats. Someone should make that call to Dave Abbruzzese right now and thank him.

Vedder at one point during the show became quite giddy, when he sang a ditty from popular cartoon show The Simpsons, “Call Mr Plow that’s my name, that name again is Mr Plow!” referencing snow ploughs and the fact that Seattle has only two such machines! For a traditionally serious guy, his sense of humor is equally fabulous. He lives his feelings, heart on his sleeve and it is very apparent, not only in the writing of his material, but on the delivery of his show…….and it is his show. The vocal delivery of every fucking song is, well, there are no words. Just tears and feelings and emotions.

If like the reviewer prior to this show, you are a Pearl Jam live show virgin, you have to quickly remedy this problem. Never will you attend the show where almost everyone sings along to the entire set and where the singer could just sit down and rest his voice for the entire show. Never has a band looked more comfortable with each other, never has a better, more intense vibe been produced at a show. Never has a band played for two and a half (plus) hours ignoring curfews and never have more tears been shed at a live show. NEVER.

Lights and props really don’t count when the band is this fucking amazing. Pearl Jam proved that for the last four or five songs when they turned all the lights on and everyone was out in the open.

No gimmicks, no smokescreen, no diversion. Just you and them.

Unfortunately, none of what is written here is relevant. This review really is a waste of words, because words cannot actually describe what happened in that building. Homage needed to be paid in one way, shape or form. Buying tickets and spending $300 on merchandise didn’t seem to cut it, but then the words haven’t really worked either.

Really all that can be said is BOOM!! 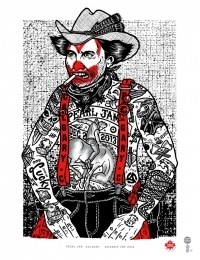