On a scale of One to Rock Star, music fans would probably award Ian Astbury, singer of The Cult, The Doors and again since 2006, The Cult, at least an 8.5.

Astbury would probably disagree. An unassuming, gently spoken and seemingly very spiritual soul, he would be content with listeners for his current Choice Of Weapon, his voice, fronting The Cult once again for this new release, due on May 22nd 2012.

The Cult have held onto audio that is reminiscent of sounds gone by and it would be hard not to with such a strong vocal presence. But Choice Of Weapon is current and new and there is an additional, spiritual and sometimes frighteningly dark edge.

“Buddhism would suggest no separation and no duality.” Astbury advised when questioned about a crossover, a not too noticeable Doors influence on the songs Pale Horse and This Night In The City Forever.

“Being that intimate with Ray (Manzarek) and Robbie (Kreiger), in that environment for such a long time, I am sure was influential. I did 150 shows with those guys, we played LA Woman (by The Doors) in its entirety for many shows. It is probably engrained in my DNA. Ray and Robbie created a ritual space. If you know anything about Shamanism you will know that they use drums to create an environment where you fall out of cognition into a more essential place.”

As the Doors influence is not glaringly obvious to an ear that is not attentive, it is apparent if close attention is paid, would this perhaps suggest a spiritual connect to Jim Morrisson?

“There is probably not a spiritual connection on a personal level. Morrisson was an intuitive individual. Ray, Robbie and John (Densmore) created a ritual space. They were defining the moment. It was a defined and refined space. In our culture if the power goes out in the City, people lose their shit. Everything requires constant definition in Western society. Ritual space is not an everyday occurrence. There was a specific intention to the space, they pushed Morrisson into that place. At one point I was like, WOW, I’m feeling what was going through him (Morrisson). Like a lightning rod, it was very powerful.”

Something else that is not glaringly obvious until you play the record a few times is the fact that it is seamless. It starts and it ends and then comes the need, perhaps even urgency, to re-listen. It could be likened to a state of hypnosis. “Then we have done our job.” Astbury confirms on the groups latest body of work.

Along with the spiritual feel there is a definite air of darkness and death on Choice Of Weapon. It has to be questioned, was Astbury perhaps dealing with his own mortality or confronting a fear of death going into writing for this record?

“I was going through a very challenging period. I was confronting my Dark Knight of the Soul. I did feel out of sync with my environment and the times I was living in. I felt a disconnect. After visits to Nepal and India where they have very full spiritual lives and give little thought to material possessions, then back to living in New York City where there is a rampant materialism, I developed a desire to better understand the cycle of life and soul. During that time I was also going through a very difficult relationship break-up and then a very, very, close, dear friend took his own life. Death is the great mystery. But here I am! There is now an awareness that I have, guided by Buddhism. I do not label myself, as Buddhist or as anything else. There are so many schools and degrees. It is all philosophy. I look to Buddhism for text and teachers for wisdom, along with some Western influence in the form of Paganism and several indigenous teachings.” 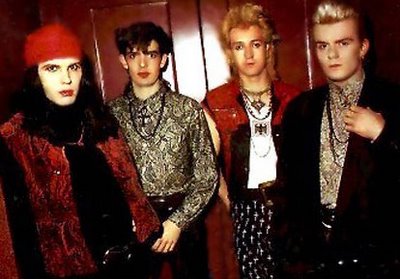 The indigenous referral has been around since the first Cult record, Dreamtime in 1984. Does this mean that Astbury is aware of a personal spirit guide? “It is possible.” There is not an instant denial about this. “I have felt a hand, a presence of energy that has guided me. There is an intuition out of a cognitive place. Rationalization perhaps nullifies it. If I do have access then I perhaps choose not to discuss it.” Of course there is a little way to go to a full admission also!

It is obvious that Astburys spiritual leanings are totally essential to the voice that he has developed over the last three decades, both as a very successful singer and as a spokesman in life. In this progression and accompanying that vocal development much sadness, loss, and happiness have occurred. Continuing with the progression of life and learning, Astbury, along the path of life became and remains a very proud father and he airs a particularly protective voice when he speaks of any children, not just his own. Life>Death is the song for the younger generation finding a path for their own life and the older generation realizing what has gone before and the things that can no longer be changed. Eerily accurate as a reminder of what was and what could be. Lyrically spine chilling if correctly absorbed. This song alone stands as a reminder of how The Cult became popular and why they remain influential and of the moment. 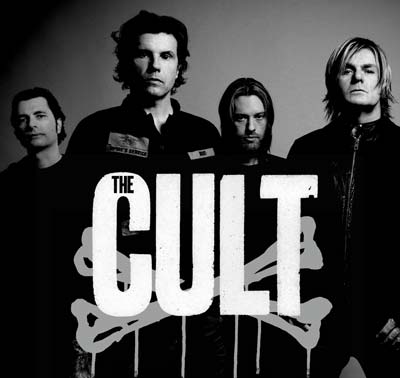 Where then can Astbury next expect to lend his Choice Of Weapon, either silently in the wings or vocally on the main stage? The track Ghost on the Slash release of April 2010, which also featured former Guns N Roses guitarist Izzy Stradlin, was a commercial success with the obvious vocal presence of Astbury in the vocal lead and although best known as the voice of The Cult, it would be a certain shame for this poignant voice to not have input on an artistic level in additional outlets. Astbury answers with a revelation when this is suggested. “I would love to do Opera, although it is an extremely disciplined genre. I did a little previously but it is a definite lifestyle change. Perhaps a little too much discipline required. I previously did some recording with Trent Reznor (Oscar winner and Nine Inch Nails frontman) but that has not seen the light of day. I think I would like to be part of a collaboration, I like working as part of a team. Film would definitely be something I am interested in though more in a Directional or Production capacity. Not for recognition, but because it is something I enjoy doing. As for singing, I admire Lady Gaga as an artist. She is an incredible talent. Pink also. I would work with either!”

Supporters of Astbury should then be on the look-out for this spiritual and philosophical man to just pop up anywhere and perhaps everywhere. A talent in more than one field and a man whose current Choice Of Weapon, his voice, should be listened to very closely and considered in a Cult like seriousness.

The Cult, Choice Of Weapon is scheduled for release on May 22nd 2012

The Cult segment on That Metal Show airs May 12th 2012