An evening with Dearly Beloved, where there are lots of weeks in the past few days…. 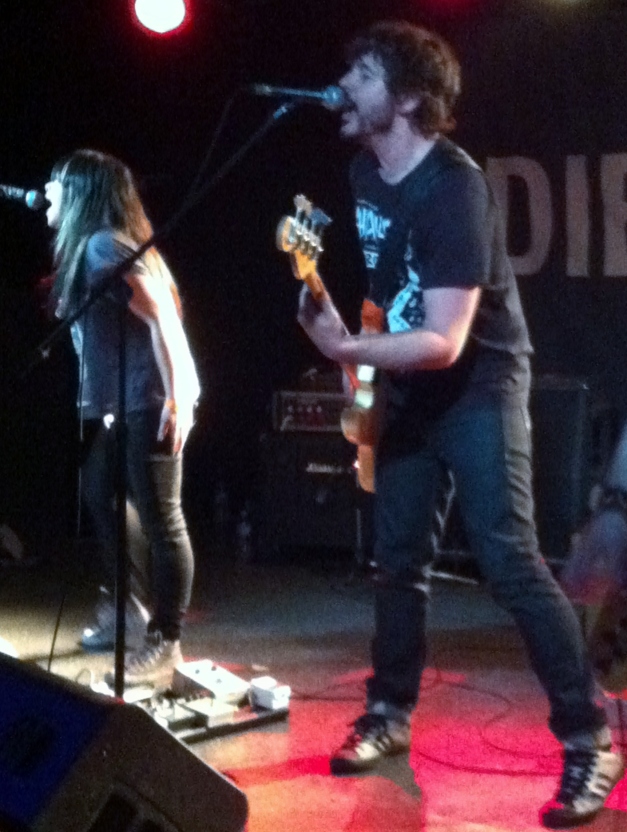 If the most original thing you can do as the foremost performer/s in a band is jiggle your tits and use your family name to promote this non skill, while sucking in your belly and arse and emitting a semi shrill squeak, (in stereo) general opinion would probably be, you are not cut out to be on stage. You should concentrate on your cheer team and whiten your teeth again.

If you remind the audience of a band from 25 years ago each and every time you open your gob, you would be well advised to not give up your day job, presuming of course, that you are gainfully employed. The paying public already own The Sisters Of Mercy back catalogue and Andrew Eldritch does/did at least looks the part. Besides which, those old enough to remember probably couldn’t use a reminder. Those too young to realize you are not entirely original probably need to get a real music education.

If however, you can persuade your public that they believe what you are telling them and then, like a Hawk stalking a Pigeon, eyeball, chase and engage without them feeling a thing, you probably come closest to what should be considered a professional musician, a true performer, an artist.

In today’s fickle and seemingly lazy music world, during paltry excuses for live musical performances, more often than not the artists fail to use the stage in its entirety and do not deliver a sound uncharted by any other, a sound that promotes thought and feeling, offered to those willing to absorb, with a passion and aggression that can only come from the soul. This is of course no mean feat. It means actually putting in an effort. It is far easier to rely on digitally processed noise, while a few short skirted, nice titted birds with finely toned glutes wiggle around a bit affront the stage and you stand looking pretty, considering your next big purchase; Gucci or Prada. Porsche or Lamborghini? 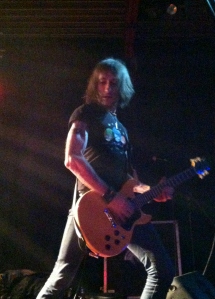 It is pretty widely known, delivery of a child is difficult for the mother, but children are by biological design esthitically pleasing. They may vomit constantly and smell of shit, but they will be loved by all who glance upon them none the less.

When hours and hours of painful contractions have already occurred, giving birth, in front of a room full of strangers to your newborn, night after night has to be physically draining. Some would perhaps say it is a constant battle of nerves. How does your brain process what may come to pass in the forty minutes that you are crowning?

What could happen if the audience are not pleased by your production of new noise? Suppose they don’t like your words. Maybe this sound is still too new for people to really get it?

Perhaps a less professional, less confident, less musically accomplished outfit would be hard pressed to pull off such a delivery.

Not so the band; Dearly Beloved, who are currently on tour Canada wide with punk band Die Mannequin, to promote the new record Hawk vs Pigeon.

At first glance you would probably want to feed the guitarist, stretch the tambourinist and shave the bassist; probably just his face.

You can’t see the drummer, but that is OK, he is quite far back and his glasses have steamed up so he can’t see you either.

That triviality is forgotten as soon as the band is three chords in and doesn’t end until the set is at its completion. This band deliver; raw, real, rock music. No more, no less. What more could a modern day rock music fan want? 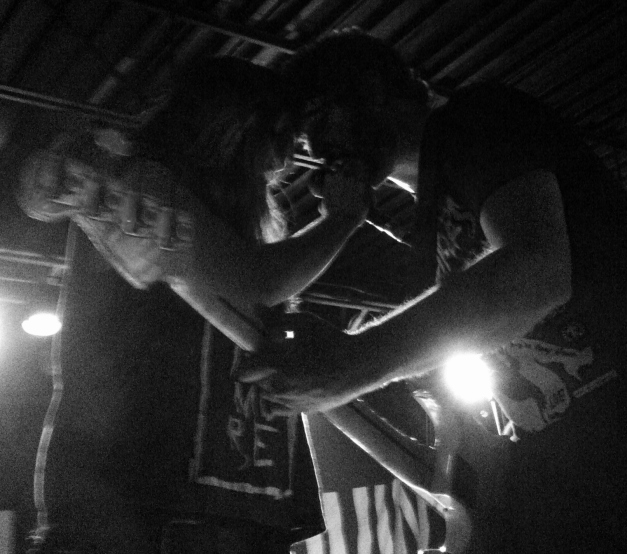 At the fore two vocalists, giving both a female and male perspective and a bassist that plays his instrument hard enough to make up for the sound of two tall bearded guys ripping into it. The noise produced is mesmerizing. Dearly Beloved is here with a sound that has real music standards, no use of computers, synth or voice changing wizardry. This is real music, for the real music fan. Live, Dearly Beloved has no flaws. Even if they dropped every second note and forgot the words, they perform with feelings and integrity. They are convincing. Is that not exactly what live music is?

It is said that great things come in small packages. So does TNT and the equally comparable Niva Chow. Commanding you give your attention with her undeniably sharp vocal and looking likely to face up and scream at you if you do not provide to her as she performs. Is Chow likely to go further and slap you across the face swiftly with her tambourine? Who can tell?

To the right of Chow as you look at the stage, is the formidable and slightly giddy Rob Higgins. Bearded, this Bassist is also well known as the band boss. He is the male vocal of the outfit. He may look a little hot, sweaty and tired. Well, that would be because he is. He is on the road driving long distances all day and sleeping in cheap hotels, or a minivan after each performance! Can he bring it despite this?

What a fucking stupid question.

If that is not enough for you then the right side of your brain has possibly failed and you may require an instant lobotomy.

Dearly Beloved it would seem, have taken music back to its roots, using real musicians, real passion and real live performances and lots of weed, in the past few days.