Lita Ford. Return of the Runaway.

Posted by Headbangerwoman on June 19, 2012
Posted in: Live Shows, Music. Leave a comment

So Lita is back, loud and at large.

Click below for full details on the return of the Runaway 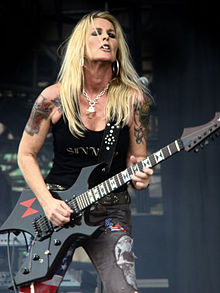 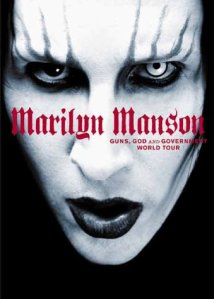 WHEN YOU HAVE EVERY BIT OF ATTENTION YOU EVER WISHED FOR AND SOME YOU DIDN’T.  THE STAGE SHOW IS SPOT ON AND THE THEATRICAL NATURE OF YOUR SHOW IS STILL MAKING TIPPER GORE VOMIT IN HER MOUTH, WOULD YOU NOT SING LIVE?

CAN MARILYN MANSON, SO CALLED SHOCK ROCKER NOT PULL IT OFF IN FRONT OF A LIVE AUDIENCE?

HAND GESTURES FROM THE FRONT MAN SUGGEST HE IS PULLING IT OFF CONSTANTLY.

ONE TOO MANY TIMES IS THE MICROPHONE AWAY FROM HIS MOUTH BEFORE THE WORDS ARE FINISHED AND YET THE SOUND IS STILL COMING FROM SOMEWHERE….

When your fans, the people who put you where you are, where you want to be, spend hard earned cash to see you perform live, that is exactly what they want.  Live.  It would seem idiotic to presume that the same people would not notice that you are pretending.

No one cares if you hit a bum note or two.  They want the experience, the feeling, the spit on their faces.  Not some half assed attempt at keeping time with the backing track.

When your music, even the covers, are raucous, hard hitting and contain provocative, gut wrenching lyrics.  When your live show compliments this with costume and theatrical cause, why allow this one little thing let you down?

Brian Warner is a well-spoken, smart man.  He knows how to work people, he knows how to get what he wants and yet he cannot figure out how to emit noise from his vocal chords into a piece of clever technology, which will carry it to an amplification devise, when he is on stage.

He does it in a studio, why not live?

This is a disappointing find.

Rush to tour with string ensemble behind ‘Clockwork Angels.’

“It’s just something different for us,” says Alex Lifeson