How long they will continue to tour, is a frequently asked question among the fans of this seemingly never ending trio.

Until they stop bringing Lemmy out of cryogenics is a possible answer.

Before hitting the stage the iconic frontman looked tired and weary, a little shaky perhaps? Drummer Mikki had just flown in from Sweden and was suffering the effects of jet lag and Phil was a tad pissed that Italy were no longer in the World Cup.

All worries and concerns that this would be less than an average show disappeared immediately the stage was beneath them and the crowd afront. Ever the professionals, a superb set was brought to a record crowd for this show. Phil engaging the crowd as Lemmys voice became a little strained and Mikki showing the world that he is the Carlsberg of drummers, probably the worlds best, delivering a drum solo that could make grown men cry! 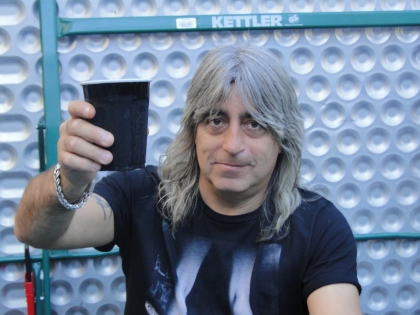 During the drum solo Lemmy hopped behind a monitor to have a quick tete a tete with his bass tech Tim Butcher, before re-emerging out front to give the crowd it’s well deserved encore.

Motorhead have never gone in for fancy pyro. They keep it simple and rock it hard. This set up works and it will continue to work for as long as they do!