Gone but NEVER EVER forgotten

The past few years have been hard on for me in the sense of losing friends. Two lost to serious illness in the past three months this year, another one in a car accident in Feb 2011 and one in October 2010 following a night out. Last week a cousin lost his fight with alcoholism and just this morning a beautiful young girl age 24 was taken from us. 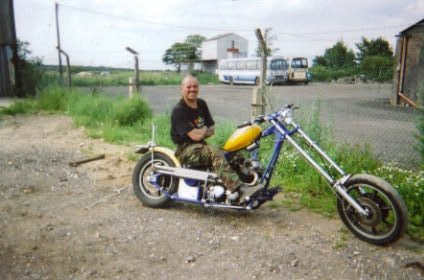 Several years ago saw beautiful people take their own life, because no-one could help them, several others were lost to horrendous motorcycle accidents and disease.

All were music fans and good people, nice people, people I am proud to have known. Music was primarily the bond between each and every one of the people that are no longer with us. A strong love of music was the glue that kept us all together, as it will continue to do. It always seems to be that whatever force it is that deals with cause and effect on mortality is arse backwards. Always the good guys are the ones to be taken from us. Something which I guess is never meant to be understood and sent to test us. It makes mortality more real and should be a trigger for taking care and telling those around us that we care, that they mean everything to us. Two days ago my friend, the mom of the 24 year old was discussing water leaks and concerts with her gorgeous daughter. She will never see her alive again.

I have only one child and the thought of losing her is so alien to me, that I could never ever understand what pain my friend is feeling right now, nor the wife of another friend who died just last month age 46. I don’t write from a personal perspective on this site often, but I wanted my readers to take a minute and realize that life can be short. We have NO idea what tomorrow will bring. We need to smile, be thoughtful, loving and kind to each other and take nothing for granted. Live every day as if it is your last, it very well may be!

In loving memory of and for the families and friends of

7 comments on “Gone but NEVER EVER forgotten”