Amen and men to that!

Orion Fest, if the Mayans are wrong!

Metallica revealed today that next year, 2013 Orion Fest will be in Detroit…Rock City?

Of course the plans may be scuppered if the world ends tomorrow, but presuming it won’t….

This will be the second time playing Orion for Metallica, who are reportedly making a new record right now.  Obviously the new music will be released on Blackened Records, the bands very own, very new label.

No other bands are announced for the June festival as yet! 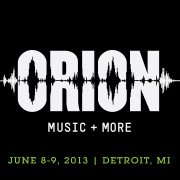 More horrific news coming up to Christmas. When does it end?

LOST PROPHET Ian Watkins and two women in their early 20’s have allegedly been arrested in connection with  child sex charges.

What must be remembered here, is that innocence prevails until guilt is proven.