Pezz. No Best Before Date With This Talent.

Summer 2013 will see the Twentieth anniversary of Canadian band Billy Talent. Unlike many bands that have endured a lifetime together, they still speak to each other and thankfully, they are still hellish tight on stage.

Friday March 22 2013 saw them play the SCC Edmonton and not for the first time.  In fact, the first time they played the Shaw they were being given a shot by another Canadian band, SUM 41, fronted by musician and sometime husband of Avril Lavigne, Deryk Whibley.  That was some fifteen years ago.  Returning a very generous offer, Billy Talent, who spent their first five years as PEZZ, shared the stage once again with their Canadian brothers, only this time Billy Talent played last!

The floor showed much support for SUM 41, even on an impromptu rendition of Queen hit, We Will Rock You, which even though it came as a surprise of some older audience members, was actually given a great reception.

Billy Talent singer, Ben Kowalewicz made several references to fans throughout the ninety minute set and was gracious and thankful for the many years of support.  He recognized “some depleting numbers” in the crowds these days, but non the less, gave his absolute all afront those very enthusiastic fans that attended.  No age restrictions at this venue, really showed the breadth of the dedicated following that they have gathered in the past two decades.. 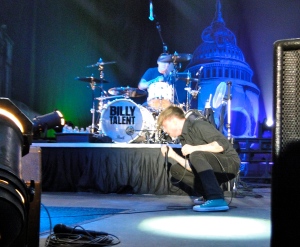 Spewing hits from the offset, Viking Death March, from September  2012 release Dead Silence was the opening shot and there was not a moment of rest for the band during the entire set.  The headliners played hit after hit and the audience loved it.  Shoes and clothing from crowd surfers were hitting the stage from the first note and tired, sweaty bodies were pulled out one by one by security guards through the show.  Some less exhausted from the heat, managed to squeeze their way out to the back of the crowd, they were soaked in sweat, but happy.

Dedicating Rusted From The Rain to recently deceased, Canadian legend Stomping Tom Connors, who was well known for travelling Canada coast to coast with, in the words of Kowalewicz, “a big black cowboy hat and a wooden board”, he then admitted that they were in fact “Canadas biggest flag waving patriots”, although he was also quick to diss the Edmonton Oilers hockey team and bait the audience against the previous nights viewers in Calgary.  All good clean fun! 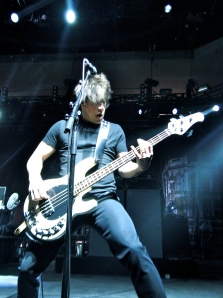 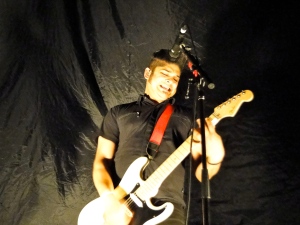 Adding older hits such as Red Flag, Fallen leaves and Surprise, Surprise toward the end of the set fuelled the fire in the fans and those in the seats could surely feel the vibrations.  Guitarist Ian Michael D’Sa, Bassist Jonathan Gallant and Drummer Aaron Solowoniuk  put their bodies and souls into a show that was very well appreciated by all in attendance.

There was sweat aplenty on and off stage and  hoarse voices on exit from the venue show that true music fans still enjoy a great live music show.  The energy, vim and musical talent was felt throughout and one first time attendee of a Billy Talent show was heard to say “Wow, the digital recording they use on CD really doesn’t do them justice.” 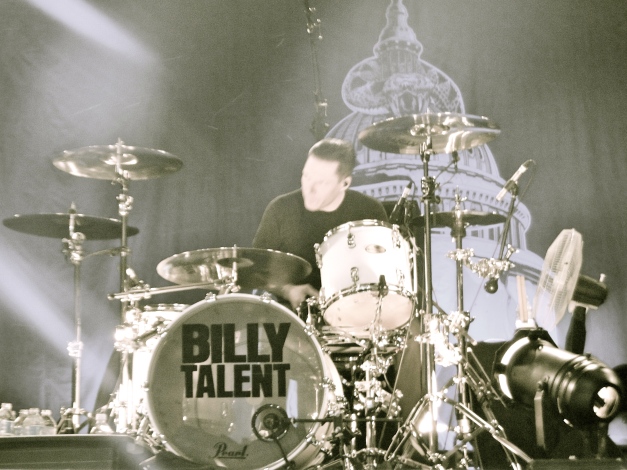 That probably sums up the entire evening.

Well worth sixty dollars of your parents hard earned cash any night of the week!

Billy Talent have just embarked upon a Canada wide tour.

For tour dates and other great stuff go here >>

All Pictures Credited to Karen Graham

2 comments on “Pezz. No Best Before Date With This Talent.”