Ladies of Rock at River Cree Resort and Casino, Alberta

Lita Ford is considered one of the most important female representatives of the rock genre. Being a founding member of the Runaways, one of the first girl groups who unexpectedly broke down barriers in the punk era as well as the male-dominated world of rock music, causing a stir with their six rebellious releases.

VIXEN is the only all-female hard rock band from the 80`s who sold over a million albums, had six #1 videos on MTV and had four songs in Billboard’s Top 100. The group Vixen-ized their fans on worldwide tours with heavyweights Deep Purple and KISS, which fueled the international frenzy.

Femme Fatale is one of metal’s favorite bands & Fronted by the sexy, sultry, in your face vocals of Lorraine Lewis – one of Metals few women pioneers. Femme Fatale’s self titled release (produced by Jim Faraci & Tom Werman) on MCA Records in 1988 spawned 2 unforgettable breakout videos – “Waiting For The Big One” & “Fallin’ In & Out of Love” – which landed on the top 10 heavy rotation for MTV & VH1 & on the Billboards Hot 100. Femme Fatale is known for their mega-watt live performances – has toured across the country and overseas & was the center focus for some of metal’s top selling magazines. Femme Fatale is featured on hair nation Sirius satellite radio and ready to catch the world

Join us at the River Cree Resort and Casino for a night of full of Rock N Roll!

Must be 18+. All tickets and packages are final sale.

Femme Fatale at the Whisky!
September 5 2015

Fans were disappointed when Femme Fatatle were not on the roster for Monsters Of Rock Cruise 2015.

But Femme Fatale Lorraine Lewis, made this gem of an announcement on her Facebook page earlier today, and all is right with Rock once again… 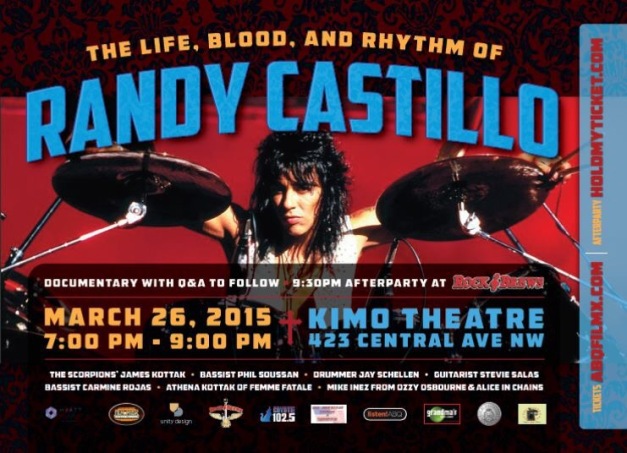 A name change, and stunning new look, for all things candle, soap and smell!
Brought to you by Drummer, Business Woman and Reality TV Star; Athena Bass.

Rubbernecking is not generally an advisable pastime.  It can cause yet more catastrophies than the original pile-up.  But how can you not stop and take a look, when four hot chicks in LA, are simultaniously, and almost constantly, T boning on the 101?

In the third season opener of Ex-Wives of Rock; which is brought to you by Tricon on Slice TV in Canada, courtesy of LPL Productions; there is wreckage flying all over the place.

Forget totalled.  This is more addictive than the OJ chase back in ’94.

In an attempt to not give anything away to those who await their EWR fix south of the border, episode specifics will not be written about in this article.  But you can bet your ass that this eighteen wheeler is careening off a cliff edge, and is definately not going to be easy to recover.  OH MY GOD!! moments are fast and furious.    WHAT THE FUCK moments are chasing close behind!!  This big rig is on ice and needs chains!

To quote co-creator and producer, Lorraine Lewis;  ”This Season is going to be crazy.  It’s actually the craziest season yet!”  Lewis and her partners, Peter Mervis and Lisa Brucker, have added extra fuel injection to this top of the range sports car!

Hair pulling, fish faces, boozy breakfasts, creams, botox and fat ex-boyfriends, seem to be the least of the worries for the Ex’s in this extended Season.

The foot is on the gas, and the breaks appear to have failed!!

Keep tuned to Slice TV in Canada for scheduling.