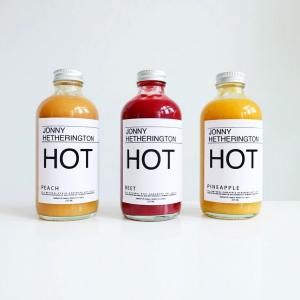 Artists often have more than one string to their bow.  Ronnie Wood is an exceptional painter.  Leonardo Di Caprio is an Activist.  Jeff Ament is not a  novice skateboarder.

Well, it just so happens that Art of Dying founder, writer, musician and vocalist Jonny Hetherington, is also a culinary maestro.

Hetherington, for the past year or so; when he has not been on the road, has been developing a line of hot sauce, and with plans to ship this product the world over, a Kickstarter campaign has commenced.  Full details are right HERE!

Presentation is clean and simple, and was designed and photographed by Canadian photographer Melissa Mercier, who is based in Vancouver.

Those of you that follow Hetherington or his band Art of Dying, will already be aware of his love for cooking, presenting and eating.  Here is your chance to become a part of that experience.  Eat it up!

Rising Up with AOD

Counts Vamp’d  bar in Las Vegas, Nevada is not a large venue.  But you would have expected a slightly larger audience for local band Systemec, and Canada’s Art of Dying on July 3, running into the wee hours of July 4.

It became quickly apparent that a large number of audience members were not a requirement, as Systemec played to an apparent crowd of 50,000.  A small home collective of support was all that singer Paul Anthony and co needed, as he bellowed out the grittiest, gnarliest, pure and pitch perfect vocal that many of those in attendance will have ever heard.  This dude is spot on.  He believes in what he is doing 150% and he leaves the audience feeling the same.  His look is slightly unusual and it works well with what he is portraying.

Anthony has great musical back up, but as a collective they could do a little work on themselves and not split their image or what they stand for.  The look and attitude of other band members were slightly random, and having Jerry Sienfeld the logger play guitar for a serious rock vocalist, kinda throws the show sideways.  Even if he is a shit hot guitarist.

Bassist Chukd makes it look like a walk in the park, but a little more aggression would go a long way.

A bigger stage would be a great thing for a guy like Anthony, he needs space.  His persona and vocals are so big.

Give these guys a listen if you like Disturbed, Rammstein or heavier Rage Against The Machine.  In fact give them a listen period.  They are worth it. You will be hooked.

Find out more at www.systemec.us

Art of Dying are not new…. and with the loss of guitarist Greg Bradley from their line up earlier this year, regular Diehards may be wondering how the band would fare in a live situation…..  Well it would appear that they are doing great.  A little change of appereance is mainly apparent with the loss of Jonny Hetheringtons long dark curls, in trade for a blonde mohawk.

Live, Art of Dying still produce one hell of a beautiful noise.  If you are a fan from way back when you will notice a little loss of depth and would perhaps like to see the addition of a second guitarist.  However, it’s not a requirement.  Tavis Stanley can hold his own, and with the support of bassist Cale Gontier and drummer Jeff Brown,  there is no issue.

An abundance of new music was played at this venue.  It has a harder, edgier feel than previous offerings, and Hetheringtons live vocal is still one to be reckoned with.  Of course a few older songs were played, and the vibe, along with the message never gets old.

Again, the stage at Vamp’d was a little small for Hetheringtons large live persona, and a bigger audience would have suited better, but those in attendance were not disappointed.  It was great to hear unreleased songs live, and it was the only way to celebrate July 1 and 4, depending on where you were from…… Ubuntu.

Bringing you new music, and on a new label!

Art of Dying announced today that they have finished recording a new record, and that they will be bringing it to the masses on Nikki Sixxs Eleven Seven label!

Art of Dying have spent much of this year south of the border (they are a Canadian band), recording, and playing live shows, with the likes of Lacuna Coil and Five Finger Death Punch.

A date has yet to be announced for the records release…… 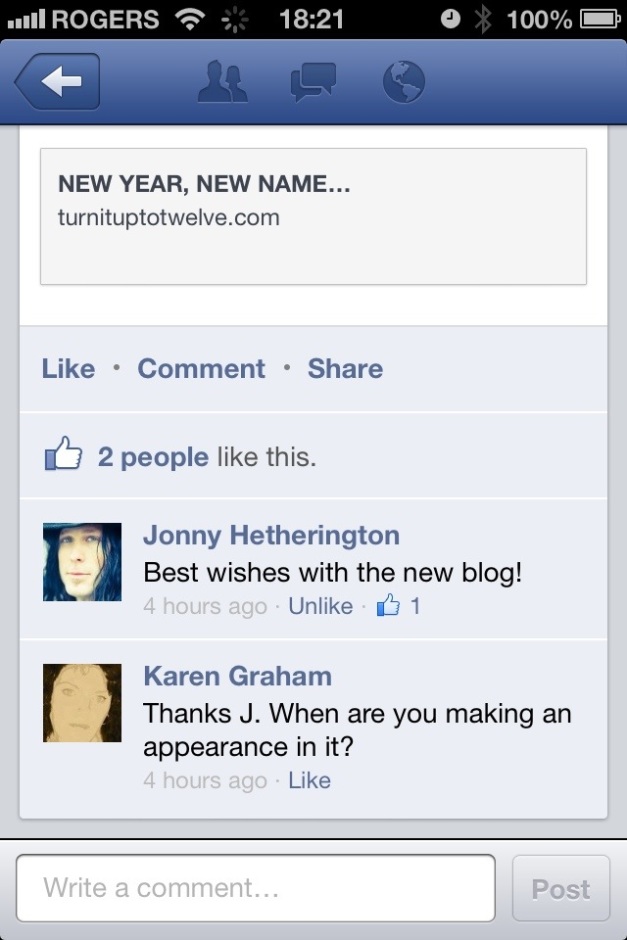