For those of you who have no clue who they are, let me introduce you to BIKINI KILL.

Pioneers of Riot Grrrl, who have not prrrformed together live for some 20 years.

Don’t expect to get a ticket for a reasonable price though, if you can get one at all…

Three originally announced shows; two in New York in May and June, and one in Los Angeles in April, SOLD OUT immediately, and a subsequently announced second LA show, also in April has also sold out.

Unfortunately Stub Hub is now selling tickets to all shows for four times the price. 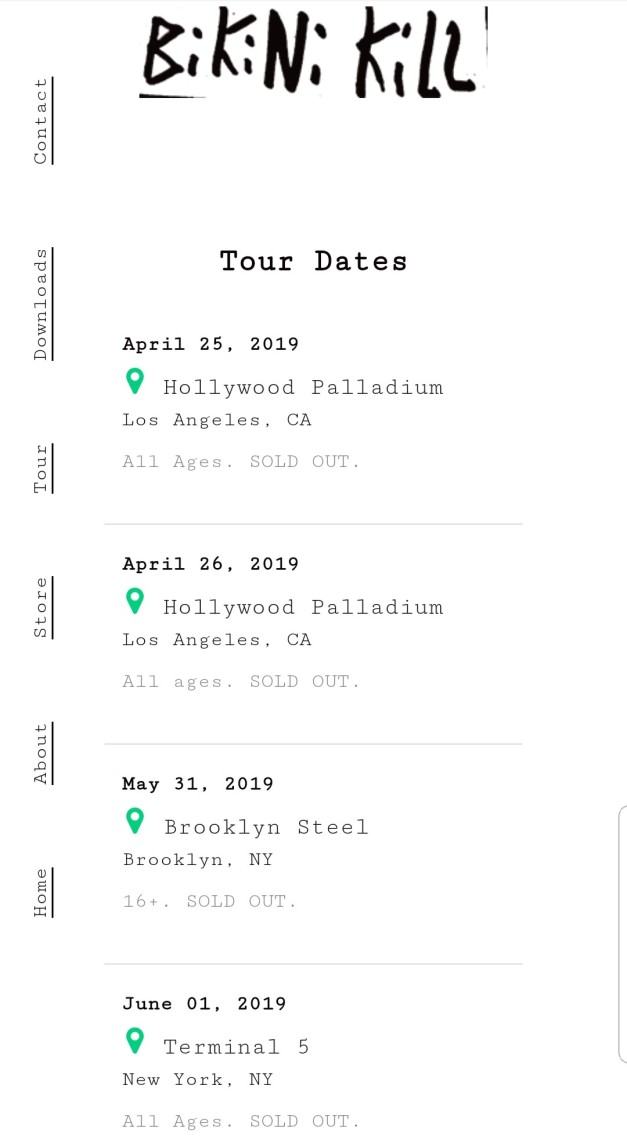