Not a lobster or a fishing boat in site and no one smells of fish!  Can this band really be from Halifax, Nova Scotia?

Well, in body yes.  Their minds however are worldly.  Not a sign of the flat earth society here.

This east coast band is picking apart the rest of Western civilization, pub, by bar, by another bar! 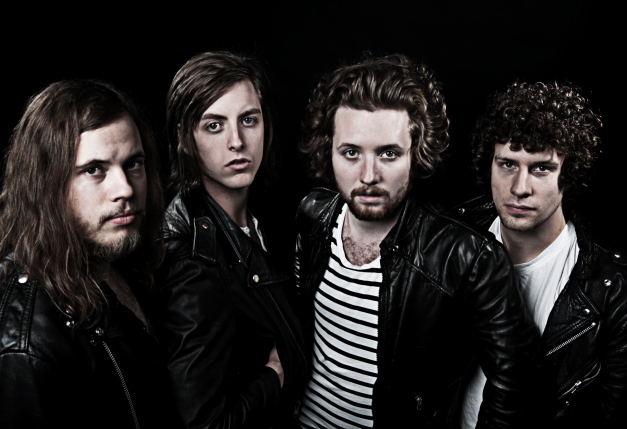 Recently on a support gig for the Cult, Gloryhound proved that when they play live they can certainly pull it off.  Even with disasters such as dead tubes in an amplifier causing the band to be a guitar down, lead dude Evan Meisner managed to fool an entire crowd in to thinking that is how it should be. “We are supposed to be a four piece power rock band!”  Meisner tells.  Energetic crowd pleasers, with or without that extra guitar, they have a new fresh take on rock n roll, they will bag a niche that has been left alone for too long. This is alternative, melodic, rock n roll with an edge.  The energy and enthusiasm on stage just sparks the crowd, makes them move, it’s inevitable.  Move over Billy Corgan, your time is up.

Headbangerwoman had a chat with Meisner and he told it just as it is!

“Growing up in Halifax we only had one really good rock bar, The Tribeca.  It’s closed now.  Dave (Casey; lead guitar) worked there and I would just go and hang out.  We formed in The Tribeca, that’s how it used to happen.  Those kinds of places are few and far between now.  It’s a bit like music; you know Nirvana really had it all.  They were the band.” 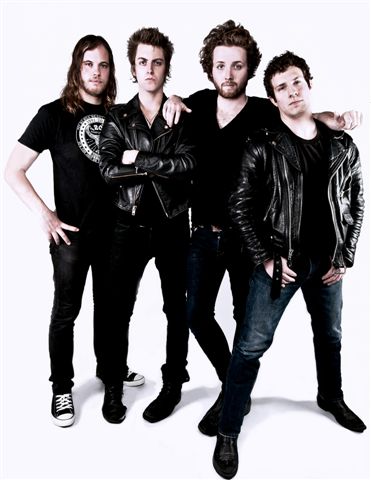 As for shows in their own back yard, Gloryhound recently played Magnetic Hill in Moncton, NB, in support of Nickelback.  Was Avril Lavigne hanging backstage?  “Yes, we did see her.”  Meisner confesses.

“That was a tough show,” Meisner shows a touch of stress when explaining.  “It was pouring with rain and blowing a gale.  Tarps were falling over, mic’s were falling off and the stage was ankle deep in water.  We had to sop up the pedal boards……In light of all the recent occurrences with stage faults we were very nervous, but we wanted to give people what they came for.  I had to ask one of the techs if there was a chance of electrocution at one point.  It was really that bad.  I had to ask myself, am I going to die here?  The crowd was four thousand strong and going crazy, thinking we wouldn’t play,  We gave them what they wanted!”

The band eventually played to an audience of around nine thousand.  Not a bad start to the summer!

How has life on the road been treating these beach side boys?  “Life on the road is never easy, but you gotta take care of shit.  You know, this is really the first time we have played and not really had a drink!  We really needed to concentrate on the shows.  The Cult have been great to us, really good guys and their road crew.  We wanted to show we could do it.  We have played the Toronto circuit and into central Canada a whole lot for six months at a time, this is our first time out west and it’s a great way to see it.  My ambition when I was younger was to play The Metro Centre in Halifax.  I saw The Tragically Hip play there when I was a six year old kid.  I made it my life goal that I too would be on that stage one day.” 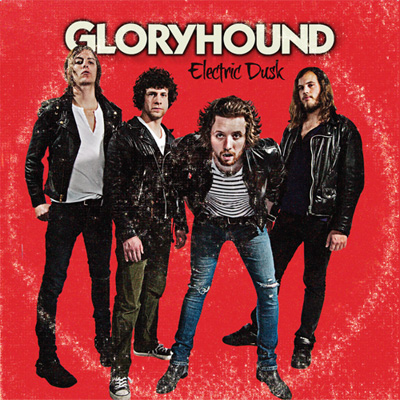 So now Meisner has reached his lifetime goal at the tender age of 24, what next?

“Well I am a rock n roll teacher when I am not on the road, EOne just released our record Electric Dusk and The Agency Group with Ralph James at the helm has already seen us play with Deep Purple and Thin Lizzy.  Gloryhound has been together eight years, we are friends, Shaun (Hanlon; drums) is our anchor, he hauls us out of bed and he is our Mr responsible.  We finalize our line up with bassist Jeremy MacPherson.  Together we just did a Canadian tour, which I wouldn’t have wanted to do when we were ten years down the road, I’m a little impatient and I know we are not just going to suddenly make our fortune, but something will happen, whatever it is!”

Well whatever it is the recent visitors to the West must have liked it some, they are making a return visit.

AUX is currently playing the Gloryhound song  Electric Dusk and yes, that is Big Bird.  Dave is scared of Snuff!!

Wednesday, October 17, 2012  Gloryhound and The Stanfields @ The Gateway

Halifax based rock band Gloryhound have signed a deal with EOne Canada, for recording and distribution.

The band are penned to appear with Nickelback at Magnetic Hill in Moncton, New Brunswick, July 7.

I Mother Earth, Three Days Grace and My Darkest Days to also appear.