Rumors abound that these Seattle rockers will be presenting a world tour in the new year.
Great news for fans, but just how will Matt Cameron cope? Cameron is the drummer for both bands!
Is it possible that Chris Cornell is really a mad scientist, ready to clone Cameron for the selfish needs of his band and that of Eddie Vedder? Perhaps the powers of Spoonman and the Bushleaguer have collaborated and grown another set of arms for the wiry drummer.
Either way the news of a double headliner is music to the ears. 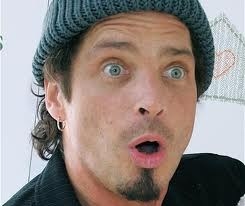