Out of the Firehouse and into the frying pan…

Often times the guy playing the guitar in a band is not at centre stage.

While Bill Leverty has been in the band Firehouse from the very beginning, he wasn’t at centre stage, preferring to step aside and let others be a voice for the band.  Choosing to use his talent on guitar to give the band a rhythm you don’t hear often these days.

Not so with all things new and Bill Leverty.  Leverty has a solo project, and along with Firehouse drummer Micheal Foster, and bassist Keith Horne… that project is going Strong.

With every indication that this is a song by a member of Firehouse, it doesn’t take from the fact that it is a solid rock song, with a melody that will instantly take you back to your days on the Sunset Strip in Hollywood, or dancing the night away in Nottinghams very own Rock City..

HELL… Foster still has the hair to prove that this is the real deal.  Leverty has a soulful, sometimes raspy, yet calming vocal.  Horne is bringing the bass, to keep you nodding your head and tapping your foot.

There is no better kind of book, than one you are looking forward to reading.

Dirty Rocker Boys; Love and Lust on the Sunset Strip, is just such a book!

The timing on the release of this Autobiographical piece is everything and after two years on the hit reality show Ex-Wives of Rock, Bobbie Jean Brown and her publishers Simon  Schuster, have made the date for release with absolute precision.  It is eagerly awaited by many and pre-order numbers are excitingly high; it is already in the Top 100 on at least three literary lists.

Inconsistency is not rife throughout the book, but it seems to make sense to point out that the use of the word fortnight, to describe a period of two weeks and the incorrect description of 80’s hair band Femme Fatale, who were not originally an all girl band, but were fronted by vocalist Lorraine Lewis, were probably not additions by Brown.

That aside, no-one but Brown could have possibly provided such descriptive content of her life.  A tumultuous and torrid affair.

Bobbie Jean Brown is a southern belle, who initially made a name for herself as an American beauty queen.  She travelled from small town USA, to Hollywood to pursue her dreams.

An instant hit in LA, she quickly became a pin up and a post pubescent boys wet dream, after being chosen to appear in many 80’s music videos.

It was the age of MTV and everyone wanted to be or be with, Brown.

Linked with many attractive, rich and powerful men, Browns description of her lifes events, places and people of the day reveal shocking realities, bizarre and often selfish behaviours and sordid scenarios.

She is forthright to a fault and in sharing her story she has left herself wide open to criticism and commentary of a poisonous nature.

However, to criticize Brown for sharing this roller coaster ride, should be the last thing to happen at this point.  Time, money and lives are precious and plenty have already been spent, wasted and ruined.  It really is time to move on.

To become willing to air your dirty laundry in public, cannot an easy decision for anyone to make.

Brown has proven herself to be ballsy and in making the decision to share her story, she appears to have used the process of putting the story together and into print to help her find a good, healthy amount of inner peace.

Of course the book will make her money, but it is not money for old rope.

This is an honest, open and very descriptive life story. The many lives involved were, to a large degree considered public property.  Here Brown is filling in the blanks and righting the wrongs and misconceptions, probably with less content than could have been included or desired.

Realizations and admissions of bad behaviors and insecurities not only by Brown, but of those involved with her, doubtless brought on many a lightbulb moment during the creative process.  The school of life is often a harsh reality.  Lessons are learned and we move onward and hopefully upward.

Brown was a fairly young celebrity.  She was, still is, headstrong.  She was also fairly naive and is still gifted with an extremely endearing childlike quality.  Afforded her and those around her were things the less fortunate and less attractive could not even begin to believe existed.

She wasn’t the first casualty at the hands of the fame Monster; consider if you will Judy Garland, Marilyn Monroe, Brittany Murphy and more recently Britney Spears and Lindsay Lohan.

Victims, not only of their own success, but at the hands of the greedy, jealous, insecure, or just downright insane. 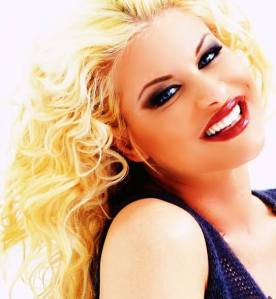 Everyone loves a story of success.  But it is well known that few who made it and lost it all, manage to claw back what they once had and lost.  Horror stories ensue.

Dirty Rocker Boys didn’t start out as a Fairy Tale, it has many chapters from it’s very own House of Horror and the ending, really a matter of fate and conscious, fruitful and adult decisions on the part of Brown, will hopefully be a happy one.

Bobbie Brown is back on the ladder of success, a little older, a lot wiser and still hotter than hell.  She is still climbing.  Read her book, but don’t look up her skirt!

Great female singers from the 80’s were few and far between.

Femme Fatale just happened to be lucky enough to have Lorraine Lewis.
Unfortunately Femme Fatale have been a little inaccessible to the cd purchaser of late…..
Until NOW!
Femme Fatale Femme Fatale is available on ITunes as you read.

If you lost your copy, lent it to that boyfriend, trashed your vinyl or got into sport and rehashed your records, using them as frisbies, you will need this
Femme Fatale cd At just $9.99 it’s a steal of a deal.
Head over to ITunes right now and stop your Waiting For The Big One. 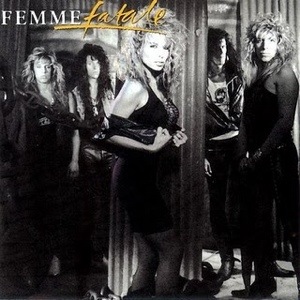 Had enough beer over the holidays? No, I hear you yell (hoarsely, from the Lav)

Well your luck is in.  If you live in the UK you are invited, for a whole two quid, to enter Club Wildside in Nottingham on Saturday January 5th and consume more puke potion.

Bottoms up, or down!

Bach in the saddle